Limited Time To Join 3M® Hearing Loss Lawsuit! Over 250 Million In Jury Verdicts To Date—Check Eligibility To Get Compensation Today!

Limited Time To Join 3M® Hearing Loss Lawsuit! Over 250 Million In Jury Verdicts To Date—Check Eligibility To Get Compensation Today! 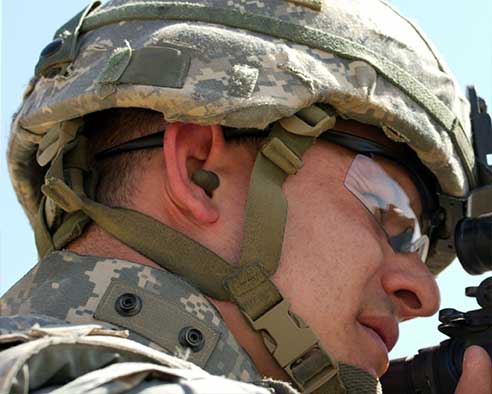 The team at Shield Justice Watch urges victims that suffered personal tinnitus and hearing loss due to defective Combat Arms Earplugs Version 2 (CAEv2) to get a free, private case evaluation.

Jury Verdicts To Date Against 3M:

May 2022: After a 2-week trial, the federal jury in Pensacola awarded Army veteran James Beal a total of $77.5 million in damages for his claims that 3M®’s defective earplugs caused hearing loss and tinnitus. This award brings the total amount of damages in the bellwether trials to $300 million.

May 2022: In March, bellwether plaintiff Ronald Sloan was awarded $55 million on his earplug lawsuits against 3M®, which included $15 million in compensatory and $40 million in punitive damages.

November 2021: A Texas federal jury awarded an Army soldier $13 million for severe hearing damage he alleges was caused by ineffective, faulty earplugs made and marketed by 3M®.

This case resulted in a $9.1 million settlement with the Department of Justice.

Today, the 3M Combat Arms earplugs litigation is one of the largest mass torts in U.S. history.

The lawsuit is against corporate giant 3M—and not against the military or the government.

The lawsuits accuse 3M of designing a defective product and failing to warn about its potential risks.

These earplugs were then distributed to service members in combat and training.

According to lawsuits, the stem of the earplugs was too short for soldiers to insert the plug deep enough into the ear canal to obtain a proper fit.

This caused the plug to loosen, unbeknownst to the wearer or onlookers.

When earplugs loosened, they did not provide proper protection.

This personal injury settlement will not affect those veterans receiving disability benefits.

Disability benefits are given based on injury to the veteran and are not based on income or financial need.

Because it is not based on income, this will not stop or decrease disability benefits, regardless of whether it is a lump sum or structured payout—however, needs-based or income-based benefits could be affected.

The defective 3M combat earplugs that caused the hearing damage and tinnitus were issued to U.S. military members from 2003 to 2015 to servicemen and women in both combat zones and during training.

Wars these earplugs were issued in include:

The team at Shield Justice Watch believes that victims that suffered personal tinnitus and hearing loss due to defective Combat Arms Earplugs Version 2 (CAEv2) should receive justice and compensation for losses.

Please seek the advice of a medical professional before making health care decisions. This advertisement is not associated with 3M®, CAEV2®, or any government agency.