Patients that suffered sexual abuse while being treated at California’s Patton Psychiatric Hospital can potentially get justice and compensation!

Patients that suffered sexual abuse while being treated at California’s Patton Psychiatric Hospital can potentially get justice and compensation! 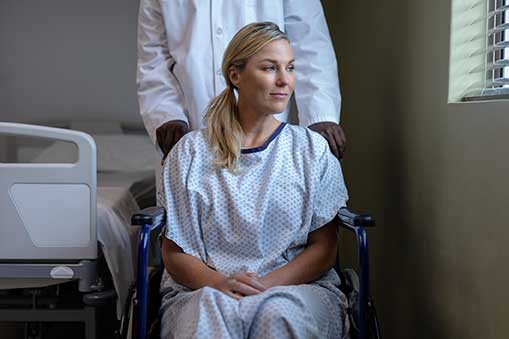 The Shield Justice Watch Team urges patients that suffered sexual abuse while being treated at California’s Patton Psychiatric Hospital to get a free, private case evaluation.

Time is limited! The potential for claims expires at the end of 2022!

According to the San Bernardino County District Attorney’s Office, a licensed clinical social worker has been charged with sexually assaulting patients while working at a Southern California psychiatric hospital.

The arrest came following an investigation by the Department of State Hospitals’ Office of Protective Services.

The alleged abuse occurred between 2014 and 2018 at Patton State Hospital east of Los Angeles.

Patton houses more than 1,500 patients including those incompetent to stand trial, those with mental disorders, and those found not guilty by reason of insanity.

Nearly 2,400 staff work at the facility.

The defendant Christopher Lee Smart, a 63-year-old man from Redlands, faces nine felony counts including rape of a person incapable of giving consent and oral copulation of an incompetent person.

Smart is accused of carrying out the assaults inside the massive state psychiatric facility in Patton in San Bernardino County.

He has been a licensed clinical social worker in California since 2011.

The state barred Smart from practicing as a social worker on Aug. 15 based on the criminal charges against him, a ban that will remain until the criminal proceedings are resolved.

Preventing sexual violence in psychiatric facilities has been a longstanding challenge that has received only limited attention from researchers and regulators.

Numerous factors at the patient-, staff-, facility- and health care system–level contribute to sexual assaults within these facilities and difficulties in obtaining justice for victims.

In the wake of the #MeToo movement, significant strides have been made in addressing sexual violence within society.

Extending these efforts to the isolated worlds of psychiatric facilities is a logical next step; the time has come for psychiatry to better address this chronically overlooked patient and workplace safety issue.

The Shield Justice Watch Team believes that patients that suffered sexual abuse while being treated at California’s Patton Psychiatric Hospital should receive justice and compensation for losses.

Time is limited! The potential for claims expires at the end of 2022!